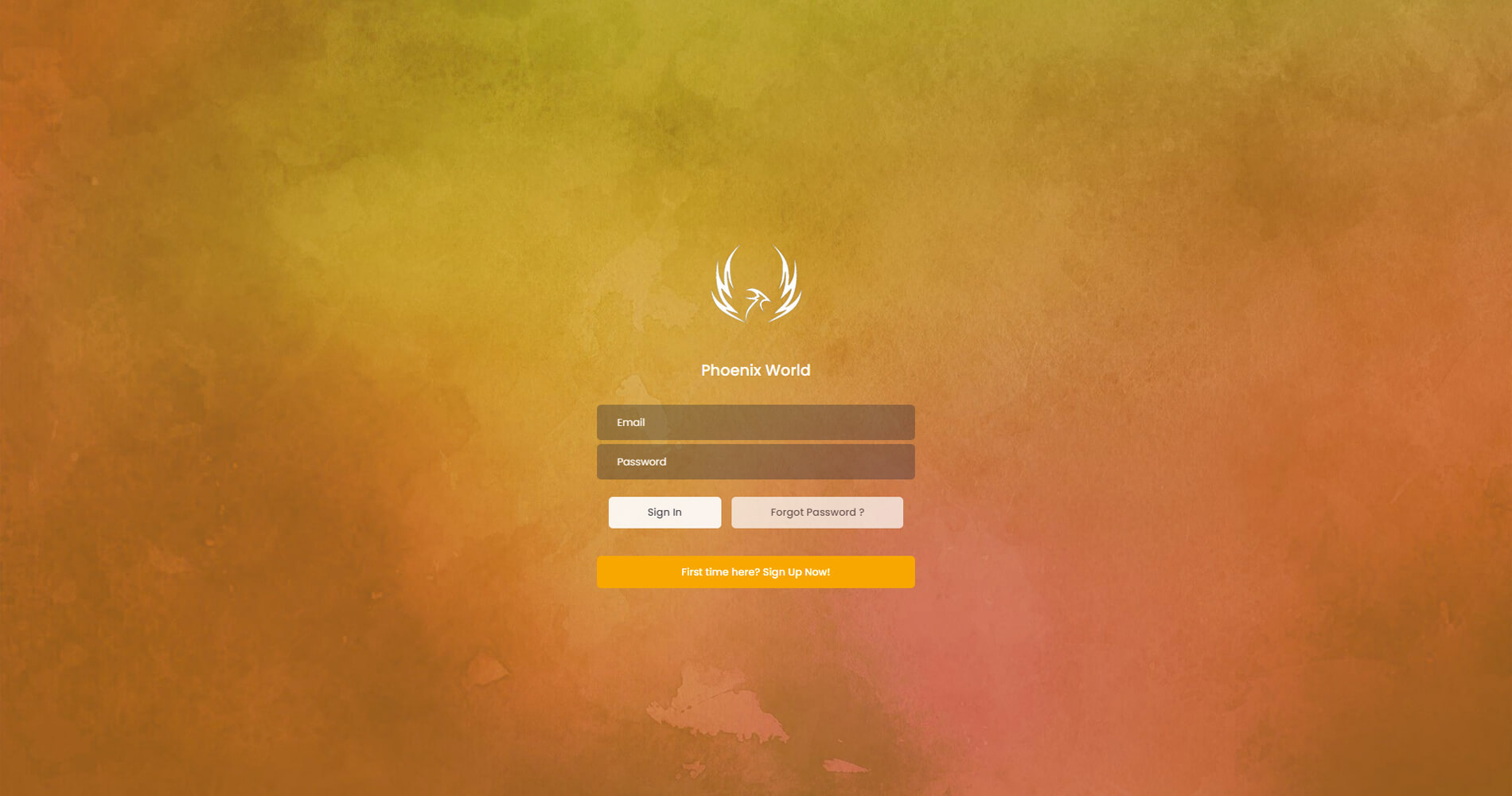 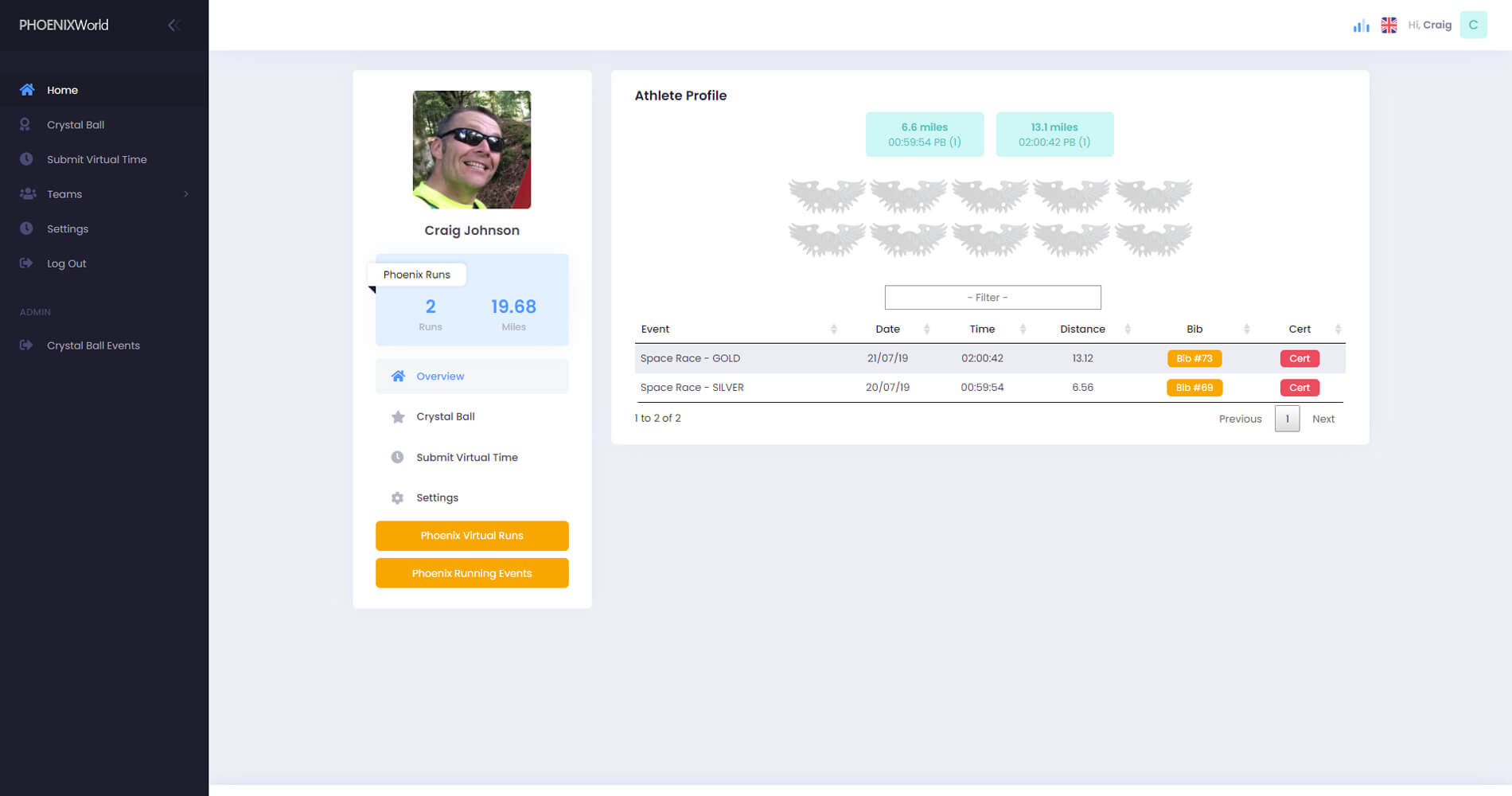 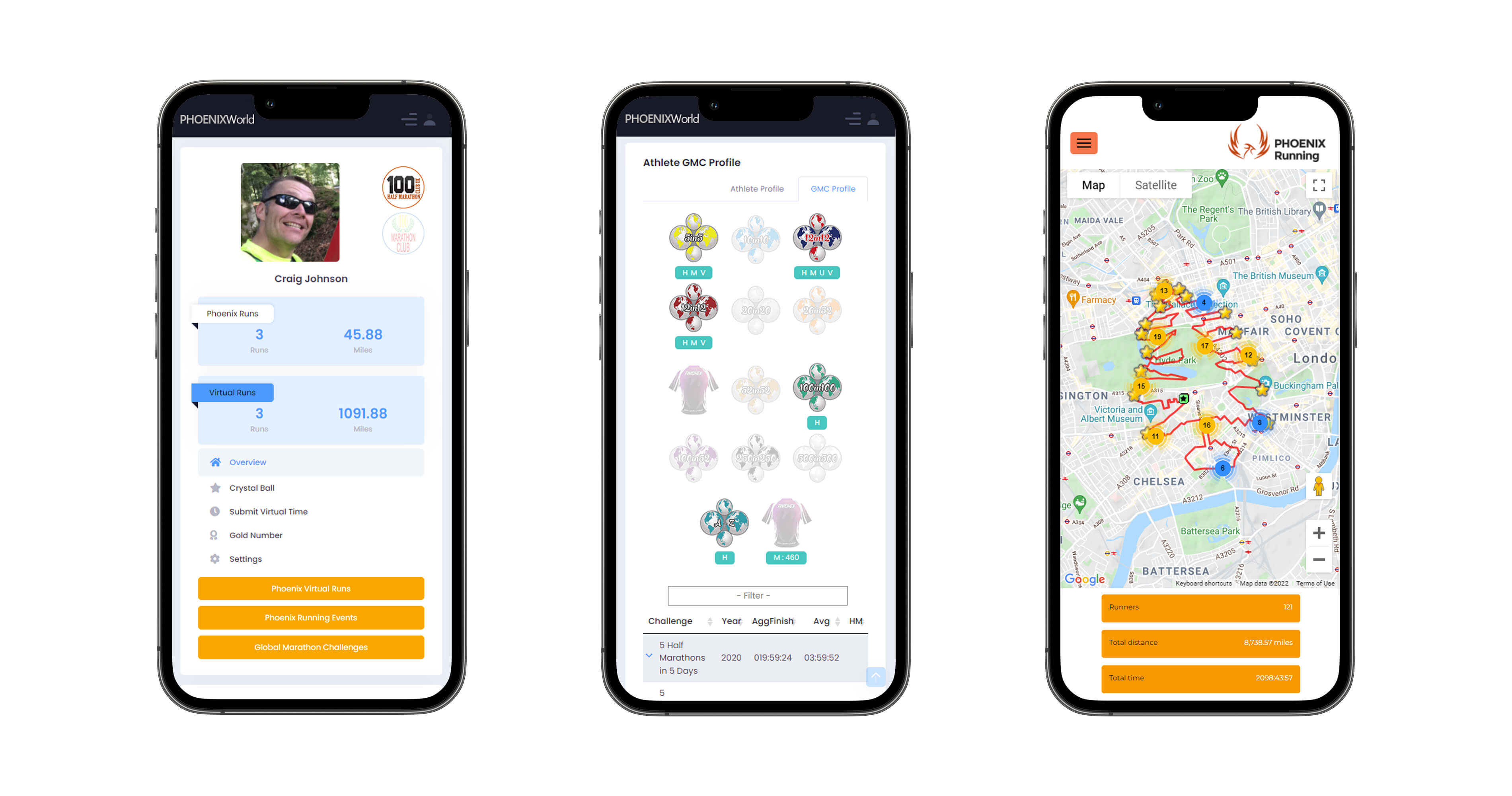 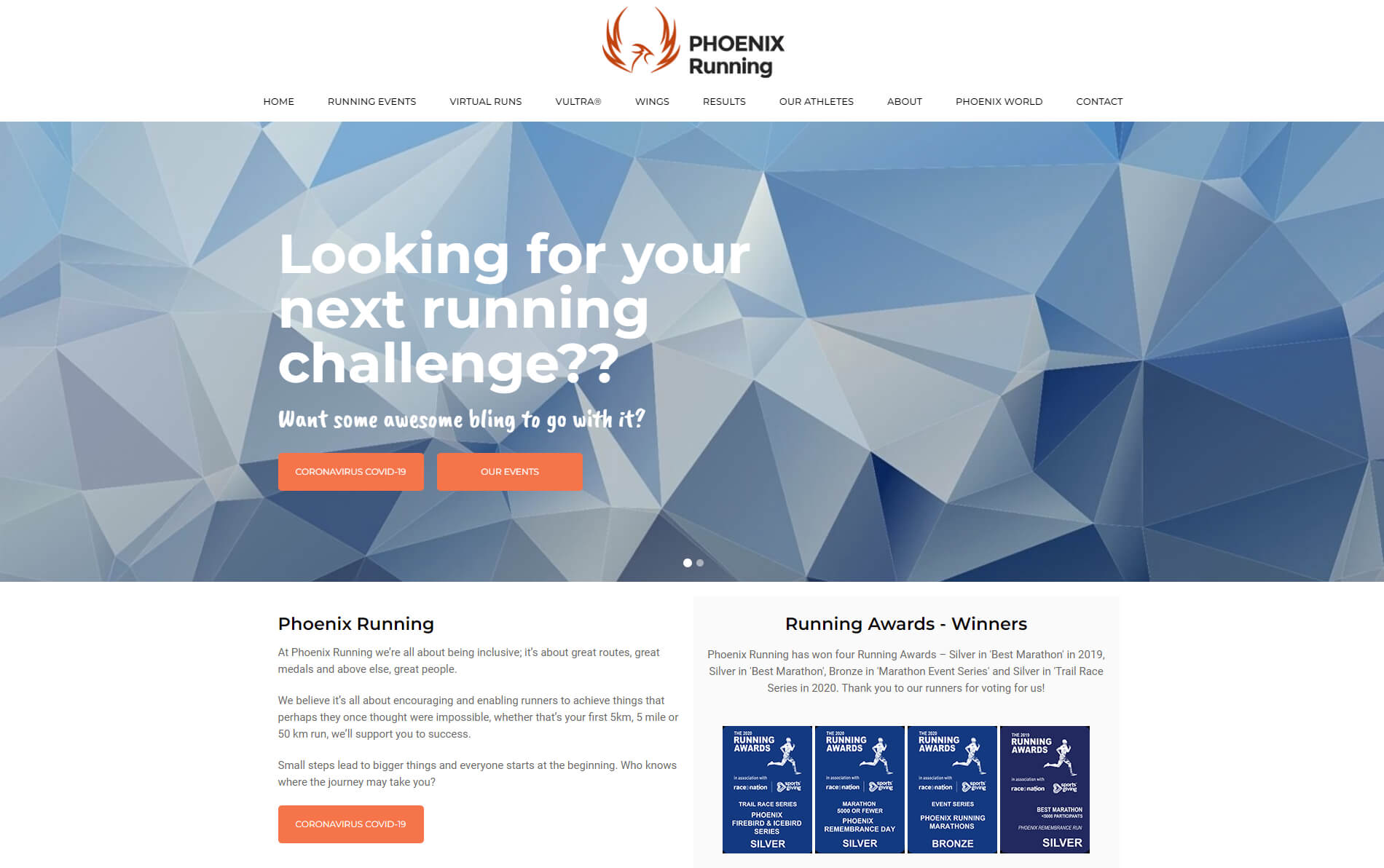 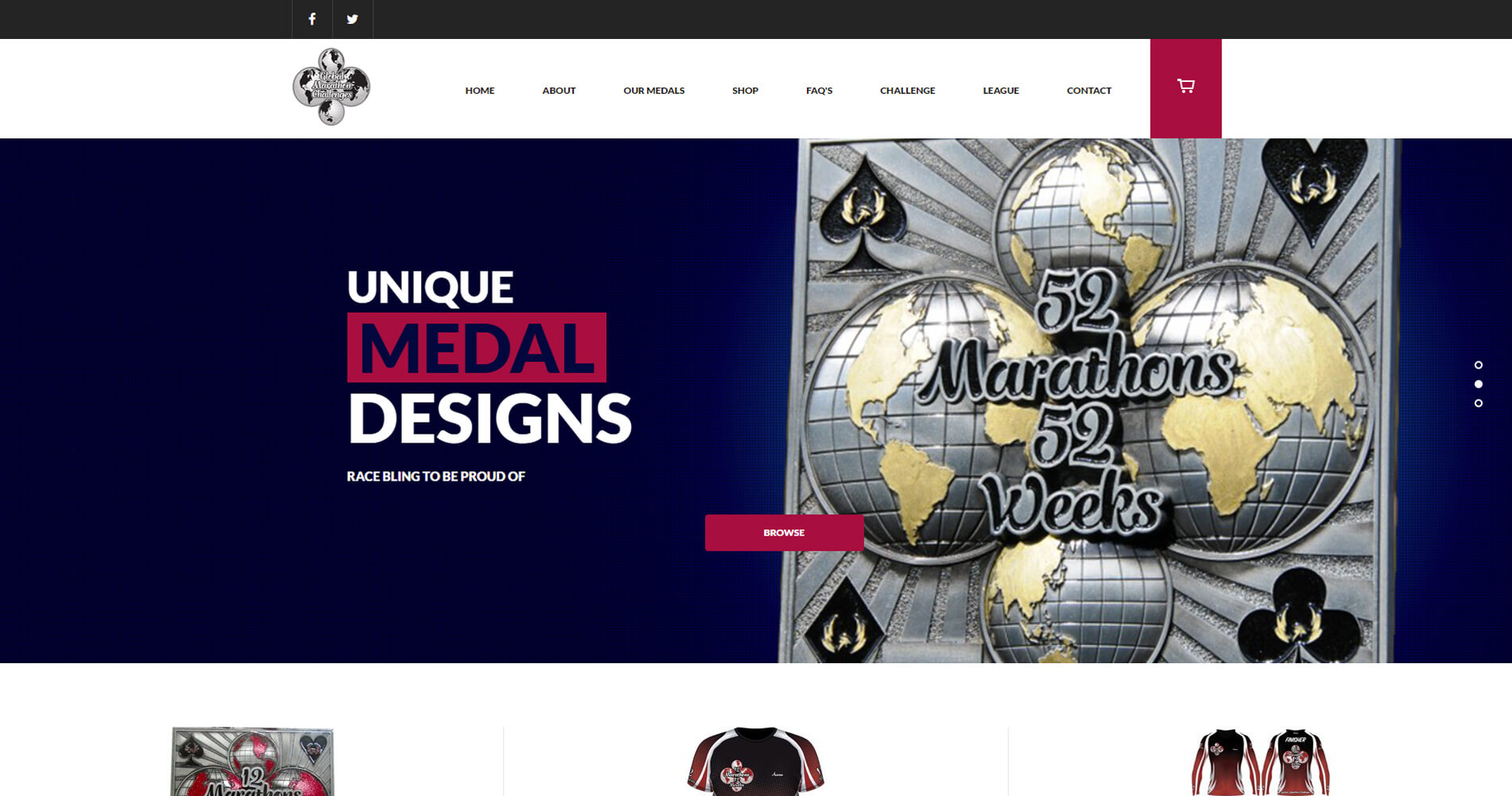 Phoenix Running is an online running business designed for runners by runners. For seasoned marathon entrants through to those training for their first 5km, it encourages and rewards runners of all standards with timed events, routes and medals.

We first got to know Rik Vercoe, Phoenix Running’s director and an ultramarathon competitor, when Craig (Iosys's Managing Director), himself a keen runner, took part in the Brathay 10 in 10 marathon event in the Lake District in 2013.

At that time Phoenix had a basic DIY website which, Rik admitted, was becoming increasingly admin heavy. Matters came to a head one fateful day when an unpatched WordPress plug-in brought about the site’s catastrophic failure.

With just a (fortunately well populated) spreadsheet for guidance, Iosys were tasked with building Phoenix a completely new safe and secure website which would appeal to runners everywhere. Craig’s clear understanding of the running community – and what athletes look for when logging on – meant Rik was happy to give him a free rein.

As Phoenix Running’s business continued to grow, Rik introduced popular new entities to sit alongside the main site, including Global Marathon Challenges, which rewards those runners completing multiple events. But, with the increase in user numbers, there also came a lot more admin, which took up most of Rik’s working day.

Thanks to Iosys, Phoenix made a major breakthrough with the creation of PhoenixWorld. An integrated, secure members’ portal allowing runners to have a single view of their running history - every past, current and future event, all in one place.

Before PhoenixWorld, Rik was spending upto 15 hours a day, manually uploading the hundreds results emailed in by runners. This admin task now takes Rik less than 15 minutes a day, effectively turning what was an administrative marathon into a sprint.

And this easy to access system has come into its own over the pandemic lockdown as more and more runners, unable to travel far from home, have stayed local and run virtual routes.

While Rik was busy working on VULTRA, his new trade-marked ultra-long virtual route idea, Craig was simultaneously devising a unique mapping function for runners. The pair then combined both concepts so that runners can now tackle long routes over many days, months or even years. Most exciting of all, VULTRA routes include previously unmapped running territory such as the South Pole.

As well as dramatically cutting Rik’s admin time, Phoenix World has completely revolutionised the way results are reported, making data collation and access so much quicker and easier for all site users.

Essentially a truly integrated 3D entity, this portal provides race verifiers, event administrators and runners with a unique immersive user experience. Its functionality means that events, dates, and times can be quickly and securely uploaded from anywhere on the Phoenix Running site. Simple and safe, all runners need to do is enter an email address to see all their data, all in one place.

Attracted by such unique, user-friendly features, Phoenix Running’s popularity among the running community continues to grow. Race finishers now number more than 20,000, with virtual race finishers exceeding 30,345. There are over 3,000 people signed up to Phoenix World and 8,000 runners regularly taking part in Phoenix’s running events.

With Phoenix World we’ve been able to pre-empt runners’ questions, answering them before they’ve been asked! If the process isn’t easy, people would rather type five words into messenger instead to ask a question.

But, with our site, all runners need is an email address. It’s that simple. I have no doubt that without Craig and Iosys, Phoenix Running wouldn’t be the success it is today.

There may be other web technology companies out there who are as technically able but I don’t believe they could have delivered for us what Iosys has in terms of great ideas and suggestions. As a runner Craig just gets it.